How to prune a vine

Winter often seems like a quiet time in the vineyard. There’s no leaves or grapes being grown but there is actually just as much going on here as we spend cold, wintery days in the field pruning vines (see how we prune a vine below). While the vines are asleep, the cold weather is allowing the vines to rest and restore ahead of another season of growing more juicy fruit. The winter cold puts the vine to sleep and with that, the activity inside the vine slows.

This is when we begin our yearly pruning of the vines which is one of the most important jobs we do each and every year. Pruning vines encourages new, healthy and fruitful growth each year. It removes spent, damaged or diseased parts of the vines, keeping the vine vigorous and encouraging larger crops.

This has always been a long process. Before opening the Kitchen and winery here at the vineyard, we spent our weekends pruning around our full time jobs. Nowadays, we have more time to focus on the vines and we can get out in the vineyard a lot more easily. That being said, it is still a lengthy task to prune 5000 vines by hand.

To prune a vine takes a skilled and patient hand. The quicker you work, the more chance you have of making a mistake, which could quite easily result in an injury or a missing finger or two. So, we take our time. We assess the vine we are about to prune and carefully set about creating its optimum shape for the new season.

How do you prune a vine?

Firstly, you need a clean and very sharp pair of secateurs so that any cuts you make are easy on the wrist and leave the vine with clean wounds.

There are two important elements working in tandem with a vine in each season. To start with, each vine produces ‘canes’. Canes are shoots that come directly from the ‘crown’, which is the head of the vine. These canes are grown vertically in year one, with only a small amount of fruit grown from them.

In the second year, these canes are tied down horizontally along the fruiting wire using biodegradable tapes. Now the cane is horizontal, this encourages new shoots to grow vertically from ‘nodes’ or buds where leaves would have grown in the first year. From these new vertical growing shoots, you will see much more growth and from here you will produce a larger crop of juicy bunches of grapes.

Once the season is over and the fruit has been harvested, these horizontal canes are no longer needed as they will not produce such large crops again. So to keep the vine vigorous, we remove these by pruning them back to the crown once the vine is dormant in the winter. By this time, the first element of the process has repeated itself with new, healthy and vigorous canes being grown over the summer at the same time, to replace the horizontal canes we are removing.

You’ll probably find us in the field pruning the vines for 3-4 months through the winter. By the time we finally finish pruning all 5000 vines, pull out the old growth and tie the new growth to the wires we will begin to see the temperatures rise and start to stir the vines from their slumber. Then, the rollercoaster speeds off and before you know it, we will have a vineyard full of grapes again. Fingers crossed for a great season! 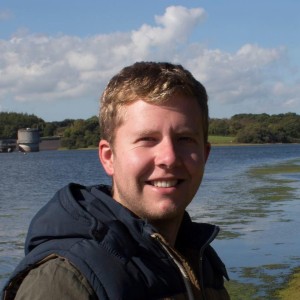 We are a COVID secure venue. Find out more

We are a COVID secure venue. Find out more

We are Covid secure

Yours and our teams safety is our number 1 priority. We have made a number of changes in the vines to keep us all safe. This is under constant review and will be updated when the government advice changes. 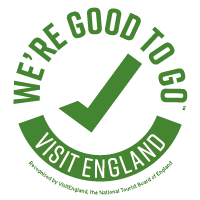 We have been verified by Visit England as ‘Good to go’

Please keep to a 2m distance when you visit. We have set all our tables at least 1.5m apart and do recommend face coverings in all indoor areas. Our team will still be wearing face covering when around you too.

To continue to keep us safe in the vines we are keeping our tables limited to 10 people. We can accommodate larger groups but please get in touch to discuss any 10+ bookings with us.

We have introduced a number of hand cleaning stations and guests are required to use hand sanatisor on entry. Our team are washing their hands between each customer and we are disinfecting all tables and chairs between use.

We are offering table service in the kitchen and advice using contactless or card payments where possible.

Welcome to the club!

We are so glad you decided to join us. We have just sent you an email to confirm your email address then you’ll be a fully-fledged member of our Vine Club.

We have your Booking!

We will check our availability and be in touch soon to discuss your private group tour booking via email.

We have your Booking!

We will check our availability and be in-touch soon to confirm your table via email.

We have your entry!

We’ve got our fingers crossed for you. We will send you an email to confirm your entry and we will be back in touch once the competition closes. Good luck!

By using our site you are accepting our cookies. We use cookies to help our site tingle your visual taste buds! Find out more